Things to do on the Garden Route

Things to do on the Garden Route

The Garden Route is a 300-kilometre stretch of the south-western coast of South Africa which extends from Mossel Bay in the Western Cape to the Storms River in the Eastern Cape.

It is a popular & incredibly beautiful scenic stretch along the south-eastern coast of South Africa. It stretches from Mossel Bay to the Storms River which is crossed along the N2 coastal highway over the Paul Sauer Bridge in the extreme western reach of the neighbouring Eastern Cape.

The Garden Route got its name from the lush green grasses and ecologically diverse vegetation encountered on the route. There are many lagoons and lakes along this route. The towns that you will encounter on this magical coastline are Mossel Bay, Knysna, Oudtshoorn, Pletternberg Bay and Nature's Valley with George, the Garden route's largest city. 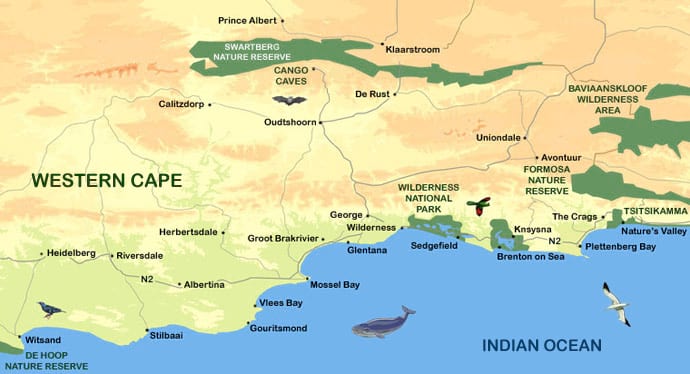 Search our marketplace for

Experience what lies beneath the ocean at Storm River, Tsitsikamma on the Garden Route where you can snorkel tidal pools or the Tsitsikamma National Park's underwater trails

Simply buy one ticket to your final destination and hop on and off as often as you like along the route!

he secret behind the Garden Route is that it combines the fun of a classic bucket-and-spade holiday with unforgettable African adventures!!!