Well…. Santa Claus, Father Christmas, St. Nick—no matter the name, everyone knows the story of this white-bearded, rosy-cheeked, all-round jolly guy, bringer of gifts, and children [and adults] love gifts!!  His historical journey is even longer and more fantastic than his annual, one-night circumnavigation of the globe in a sleigh drawn by his trusty reindeer.  The man who would capture the imaginations of children the world over was a fourth-century Greek bishop in what is now Turkey.  Born a rich man’s son, he took his inheritance and gave to the poor, in anonymous gifts that some say were dropped down the chimneys of homes because the people of Myra, where he was Bishop, were too proud to accept a gift.   Bishop Nicholas became known throughout the land for his generosity to those in need, his love for children, and his concern for sailors and ships.  He was a Bishop of the early church, so he wore red bishop robes – Oh! Is that where the garb comes from? 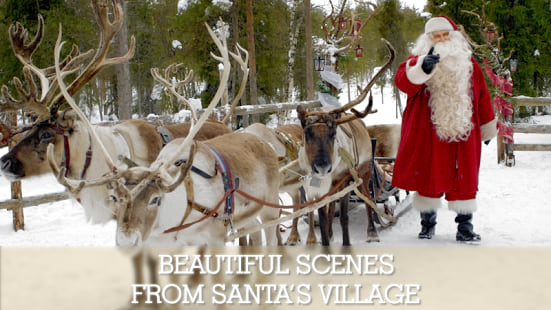 Santa With His Reindeer in His Village at The North Pole

So how did he get from southern Turkey to the North Pole?  After all, “Santa's official North Pole residence” is in Rovaniemi in the Arctic Circle in Finland.  Well it seems that was all due to famed political cartoonist Thomas Nast, who in 1863 drawing from the poem ‘Twas the Night Before Christmas”, created a series of cartoons depicting the jocund, jolly Father Christmas.  On the 25th December there is often snow in the Northern Hemisphere and the Pole was unoccupied, Santa and his elves could toil the year away without interference from prying eyes; and, because it was unclaimed, Santa could remain a bastion of benevolence for every nation.

And the Christmas Tree?  Well, in 2004, Pope John Paul called the Christmas tree a symbol of Christ. “This very ancient custom”, he said, “exalts the value of life, as in winter what is evergreen becomes a sign of undying life, and it reminds Christians of the "tree of life" of Genesis 2:9, an image of Christ, the supreme gift of God to humanity”.  The lights on the tree?  Well Jesus is the light of the world! 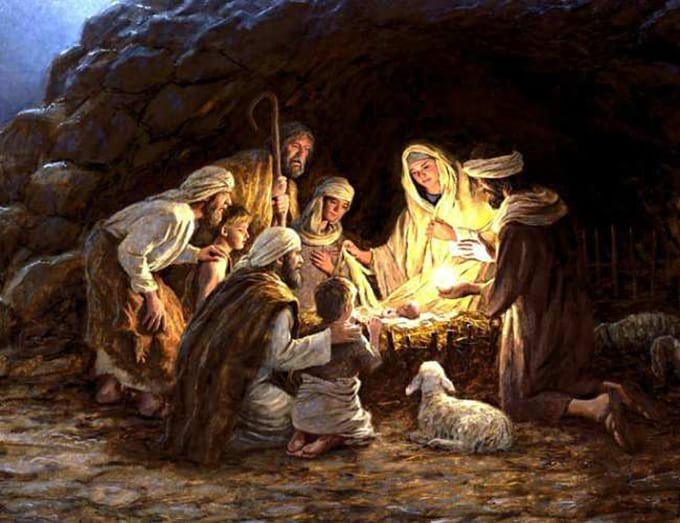 December 25 was the Christianizing of a popular holiday of the Roman Empire that (“day of the birth of the unconquered sun”), that celebrated the winter solstice as a symbol of the resurgence of the sun, the casting away of winter and the heralding of the rebirth of spring and summer. Indeed, after December 25 had become widely accepted as the date of Jesus’ birth, Christian writers frequently made the connection between the rebirth of the sun and the birth of the Son.  In the early 3rd Century it was decided that conception of Jesus took place at the Spring equinox on 25 March, and then added nine months for His birth which took them to the 25 December.

Christmas Day, for Christians one of the most holy days, has been adopted by the secular world as a time for celebration, and a mythical figure named Santa plays the pivotal role.  But the Christian spirit of uBantu, love and giving is pivotal and pervading and makes the world a better place.

So, Feliz Navidad and blessings to you all from Getlocal Africa.

Exciting Things To Do In Jozi These Holidays

Schools have closed for 6 weeks: Summer Holiday’s in South Africa!! Johannesburg, or Jozi to the locals, has some exciting and edgy things to try. Get out there and do something you have not done before. If it is adrenaline pumping action, beautiful hikes, cultural enlightenment or bushveld wonder, its is time to experience the BEST of our country!