Northern Circuit Special Tour Africa is a safari plan that you can customize for you and your family or friend across Africa. 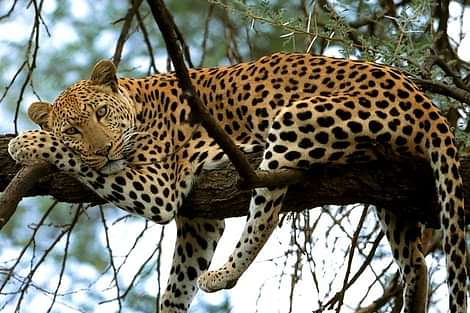 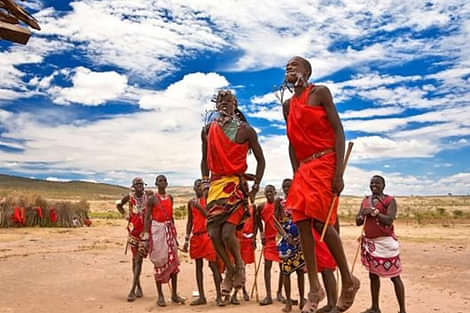 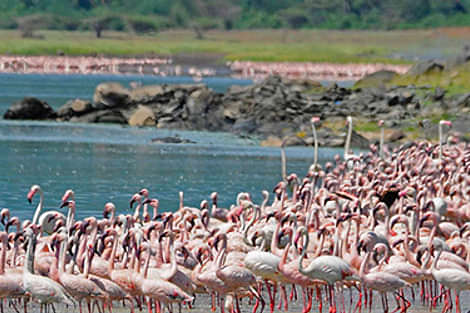 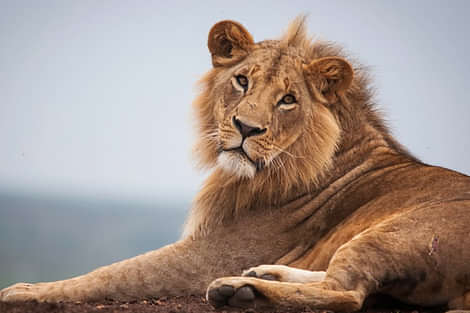 Please note: This Safari will depart any day of the week with a minimum of 2 person booking.

Transportation in a  4×4 Land Cruiser (Jeep), recommended for the rough road terrain.
Safari can be customized further if you like. Kindly make an inquiry email to let us know if you would want some changes included in the itinerary.

Pick up from JKIA by a representative and transferred to Sarova Panafric Hotel where you will be assisted with check-in and briefed about your safari.
Overnight at Sarova Panafric Nairobi.

After breakfast at your city hotel, depart by road driving across the equator from the Southern to the Northern Hemisphere, and onwards to the semi-arid region of the Samburu Game Reserve. The name Samburu is of Maasai origin, a ‘samburr’ is a traditional leather bag the Masai use for carrying honey and milk. This region is characterized by vast, open landscapes, dried riverbeds (depending on the season of the year) and its red volcanic soil. Rock outcroppings contrast against the dense woodland vegetation along the banks of the Ewaso Nyiro River, the river that gives life to the reserve. The area is home to the Samburu tribe, who are ‘cousins’ to the Maasai people with their own distinct cultural traditions.

Arrive at the camp in time for lunch, followed by some leisure hours for a siesta or swim before you depart for an afternoon game viewing drive, and return back to the camp or lodge before sunset.
Dinner and overnight at the Ashnil Samburu Camp.
Meal Plan: Breakfast, Lunch & Dinner

This full day in the reserve will be spent searching for the big five, the Samburu five and observing the vast unspoiled scenery during morning and afternoon game viewing drives. The park is plentiful with crocodiles that bask on muddy riverbanks and velvet monkeys that frolic in the late afternoon sun. Samburu is renowned for its rare species of fauna known as the ‘Samburu five’. These five particular animals are usually only found north of the equator – the long-necked gerenuk, the reticulated giraffe which is characterized by its liver-colored geometric patches defined by narrow white lines, the Grevy’s zebra which is smaller than the common zebra and looks more like a horse, the beisa oryx with black horizontal stripe running across its lower flank and the Somali ostrich males which have blue-grey necks and thighs.
You will also have a chance to visit the local Samburu villages where you get a chance to interact with the colourful Samburu people in their traditional setting and experience their culture. This is a good opportunity to purchase traditional Samburu souvenirs, art and collectables.
Dinner and overnight at the Ashnil Samburu Camp
Meal Plan: Breakfast, Lunch & Dinner

Wake up to the sounds of splashing elephant in the river and after breakfast, head north again along the Trans-African highway to Marsabit. This is an astonishingly cool, green and hilly oasis rising high above the dry heat of the surrounding desert lands. The town of Marsabit is an outpost of urban civilization in the vast desert of northern Kenya. The town is situated on an isolated extinct volcano, Mount Marsabit, which rises almost a kilometre above the desert. The hills here are heavily forested, in contrast to the desert beyond, with their own “insular” eco-system. Lunch en route before proceeding towards the amazing Lake Paradise.
Dinner and overnight at the Chicho Hotel.

Spend the full day within the reserve enjoying game drives within the beautiful reserve. Carry packed picnic lunch to eat during the lunch break and continue with game drives till evening.
Marsabit National Reserve consists of a forested mountain that rises like an oasis in the middle of the desert wilderness and is the only source of permanent surface of water in the region. The three spectacular crater lakes provide habitat for a variety of bird life One of the lakes, Lake Paradise, is most scenic and famous from early films and writings of Martin Johnson and Vivien de Wattville. Ahmed, who boasted some of the biggest tusks ever recorded, died at age 55, and his body was preserved and is now on display in Nairobi National Museum.
Dinner and overnight at the Chicho Hotel
Meal Plan: Breakfast, Lunch & Dinner

After breakfast depart early, crossing the outskirts of the Chalbi Desert transiting North Horr before arriving at Loyangalani town; the base of Lake Turkana. (It is the largest desert lake in the world and extends for 288 kilometres up to the Ethiopian / Kenyan border surrounded by volcanic rock and desert). The name ‘Loiyangalani’ means “a place of many trees” in the native Samburu tongue.
Dinner and overnight at Malabo Resort.
Meal Plan: Breakfast, Lunch & Dinner

Relax and bath only to be interrupted by short boat excursion to visit the surrounding areas; loiyangalani and the community settled there.
Loiyangalani Desert Museum was opened to the public on June 14, 2008. It is located in Loiyangalani town along the south-eastern shore of Lake Turkana. Loiyangalani Desert Museum mirrors the cultures, history and lifestyles of the eight communities that live near the area: the El Molo, Samburu, Gabbra, Rendille, Waata, Daasannach, Pokot and Turkana. It also focuses on the natural environment on the eastern shore of Lake Turkana.
In the evening make a visit to the Turkana manyattas for traditional dances under a star-studded sky (at an extra cost). An experience to treasure.
Dinner and overnight at Malabo Resort.
Meal Plan: Breakfast, Lunch & Dinner

After breakfast, enjoy an early morning walk in the cool and spectacular African sunrise after which you will proceed to Maralal. Maralal is the unofficial capital of the Samburu people and has a distinct frontier feel about it. You will also have an opportunity to partake in an adventurous camel derby. (payment direct)
Dinner and overnight at Ngari Hill Ecolodge.
Meal Plan: Breakfast, Lunch & Dinner

After breakfast, depart by road to the Great Rift Valley, with Mt. Longonot in the background. You will also see Lake Elementaita as you journey to Bogoria. Lake Bogoria is located within Lake Bogoria National Reserve.
Arrive in the early afternoon and lunch follows. You will later explore the reserve on a game drive and walk around this spectacular lake in the heart of an arid landscape. The soda lake attracts massive flocks of flamingos and is often carpeted in pink due to the high concentrations of flamingoes. The western shore has hot springs and spouting geysers spurting steam and bubbling geothermal pools. Freshwater springs at the lake edge attract an abundance of birds and wildlife. The reserve also plays host to the greater shy kudu, antelopes with spiralling horns as well as impala, grant gazelle, cheetah and waterbuck.
Dinner and overnight at Lake Bogoria Spa Resort.
Meal Plan: Breakfast, Lunch & Dinner

After early breakfast set out for Lake Nakuru National park arriving in time for lunch. Thereafter set out for an afternoon game viewing drive. The park is renowned to be a bird watchers’ paradise due to the numerous populations of birds, the most famous being the thousands of flamingos which form a very beautiful deep pink colouration around the edges of the lake shore.
Apart from flamingos, the lake is home to over 400 species of birds. Animals found in the park include Rothschild’s giraffe, black and white rhino, waterbuck, reedbuck, lion, buffalo, leopard, baboon and many species of plains game. We enjoy a late evening game drive then return to the lodge for dinner.
Dinner and overnight at Lake Nakuru Sopa Lodge.
Meal Plan: Breakfast, Lunch & Dinner

Begin today with a complete English breakfast at your lodge, followed by a game drive en–route to Nairobi. The rest of the day is at leisure for last minute assisted shopping and sightseeing.

Please Note: In case your group consists of a number other than what is mentioned above, kindly enquire for the price to apply.

Please note: This Safari will depart any day of the week with a minimum of 2 person booking.