This exciting tour takes you into the heart of the rich, colourful Indian heritage of KwaZulu Natal which is deeply woven into the multi-cultural fabric of South Africa. Visit Kwa-Muhle Museum, Gandi's home in Inanda and taste traditional food. 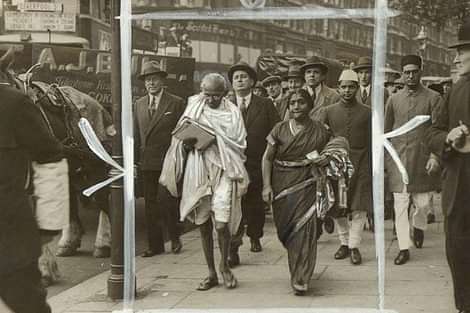 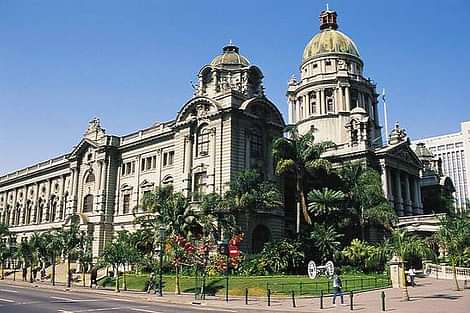 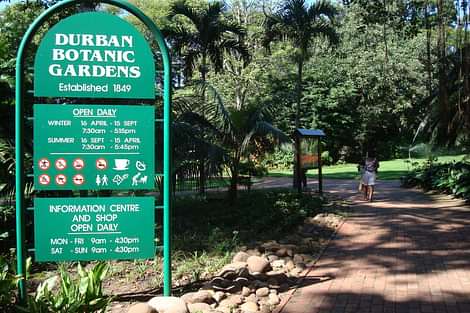 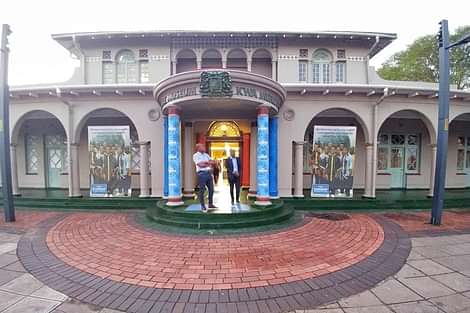 Durban has more overseas Indians than any other city outside of India. This tour is a journey into the heart of Indian culture and understanding the huge contribution that Indians have made to the diverse multi-cultural society that makes up South Africa. Indians from north and south India first began arriving in the Port of Natal [now Durban] from India in 1860. There were two waves of Indian emigration to South Africa; the first being indentured labour brought by the British to work in the sugar cane fields of Natal and the second was in the form of paid passengers, who were mainly Gujarati Muslim and Hindu businessmen travelling to Africa.  Many of these early visitors are now third and four generation South Africans and hold high positions in business and politics.

Your first stop is a visit to the Kwa-Muhle museum to learn about the Indian, and Zulu influence on Durban in the early days of apartheid. This colonial building was once  one of the most despised structures in Durban, the Department of Native Affairs. This government department had the task of enforcing the legislation put into place by the discriminatory apartheid system which made life extremely hard for those designated as Non Whites.This building has, however, been transformed into a place of hope and optimism, a place in which diversity is celebrated and those who were once a part of the struggle against injustice are honoured.
You then continue to the Victoria Street Market, full of spices, souvenirs, colours and exotic fragrances.  It is a must for any shopper and a delight to just browse.  It is like stepping into another world of all things Indian and African.  Have you ever dreamed of sashaying in a sari, getting tattooed with henna or tucking into an ‘atomic bomb’ curry? This is Durban’s oldest market with over 200 stalls selling everything from spices to African Muti [Herbal medicine], clothing to incense, and some beautiful Zulu bead work and carvings.
Then you head inland and North to visit the Inanda Heritage Site, the first home of Mahatma Ghandi. During his time here, he developed the strategy known as satyagraha (truth-force), in which campaigners went on peaceful marches and presented themselves for arrest in protest against unjust laws.  This form of action was to become one of the great political tools of the 20th century, influencing the civil rights movement in the United States and the African National Congress in its early years of struggle against apartheid in South Africa. The Phoenix settlement (A South African Heritage site) was established in 1904 and the Sarvodaya house was built for Gandhi and his family. During the Inanda Riots in 1985 the house was burnt down and what you see today is a reconstruction of the original house. Gandhi started a newspaper called "Indian Opinion" which was later changed to "Opinion". The paper started in 1903 and was continually printed at the International Printing Press until 1961. When visiting the settlement and Gandhi’s house you will be able to see the printing press on which the first Indian newspaper in South Africa was printed. Here you will also find photos of Gandhi in India and in South Africa. The settlement itself has always played a critical part in promoting peace, justice and equality for both the spiritual and political - this is what Gandi stood for and spent his life working towards.

Returning to Durban you past the sugar terminal and the University of Natal, the tour proceeds through Cato Manor informal settlement and the residential areas of Berea and Morningside to the Botanical Gardens with its splendid orchid house and world class collection of cycads.

Ending off with a typical Indian taster platter of ‘bunnie chow’.  Delicious Durban Curry in a hollowed out loaf of bread.  A treat!!

You pass the solid colonial buildings of the Post Office and City Hall in the city centre and your guide/driver will return you to your hotel/B&B.

What do I need to bring